The dashboard provides three major overview sections; User activity, content interaction, and assessment interactivity. A breakdown of each section is provided below.

Macro-level overview of all users who have engaged with the platform during a specified date range. 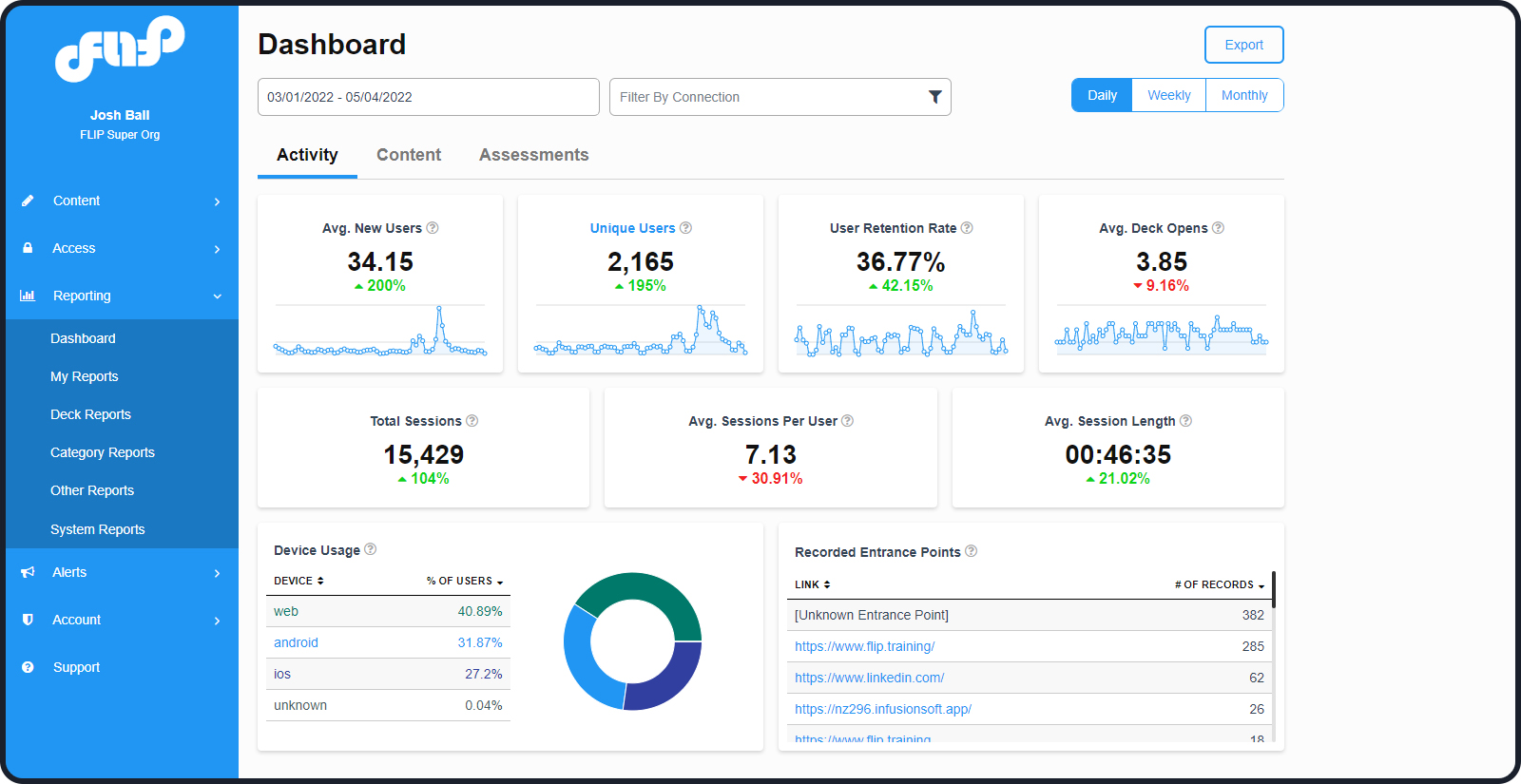 Interactive lists displaying the tope terms being searched, decks that are viewed the most, and the comparative activity between them. 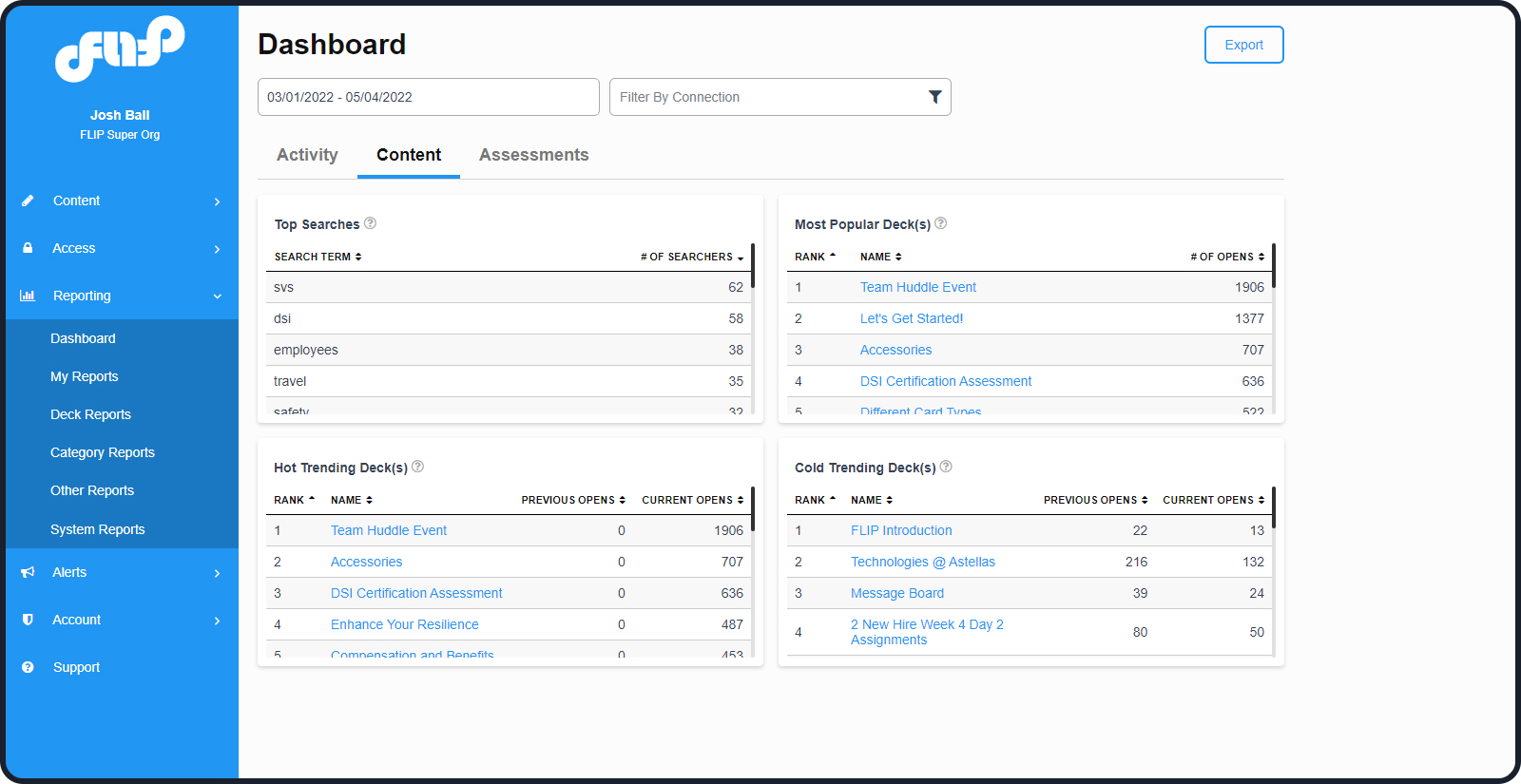 High-Level statistics of all assessments taken by users in a selected time period. 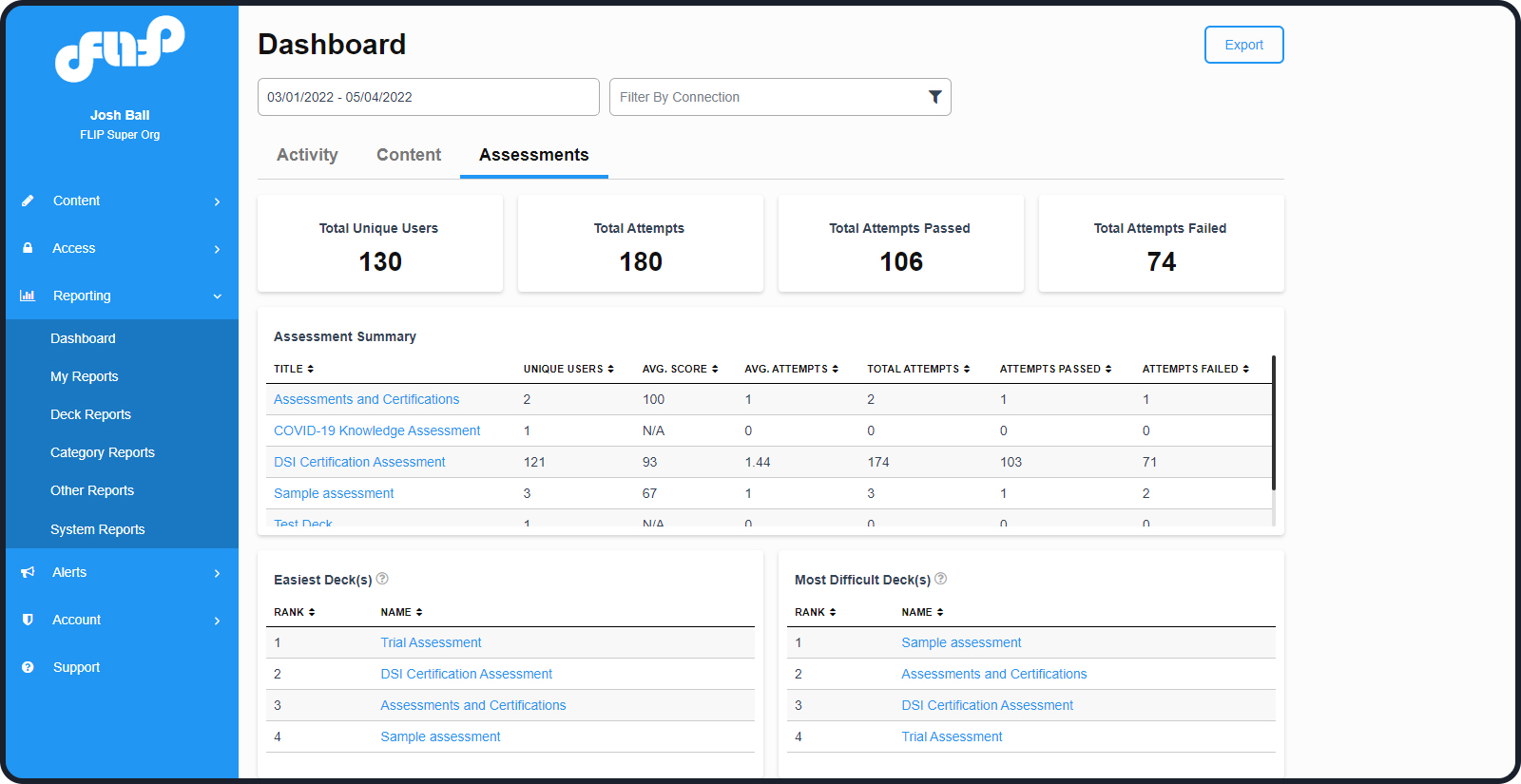